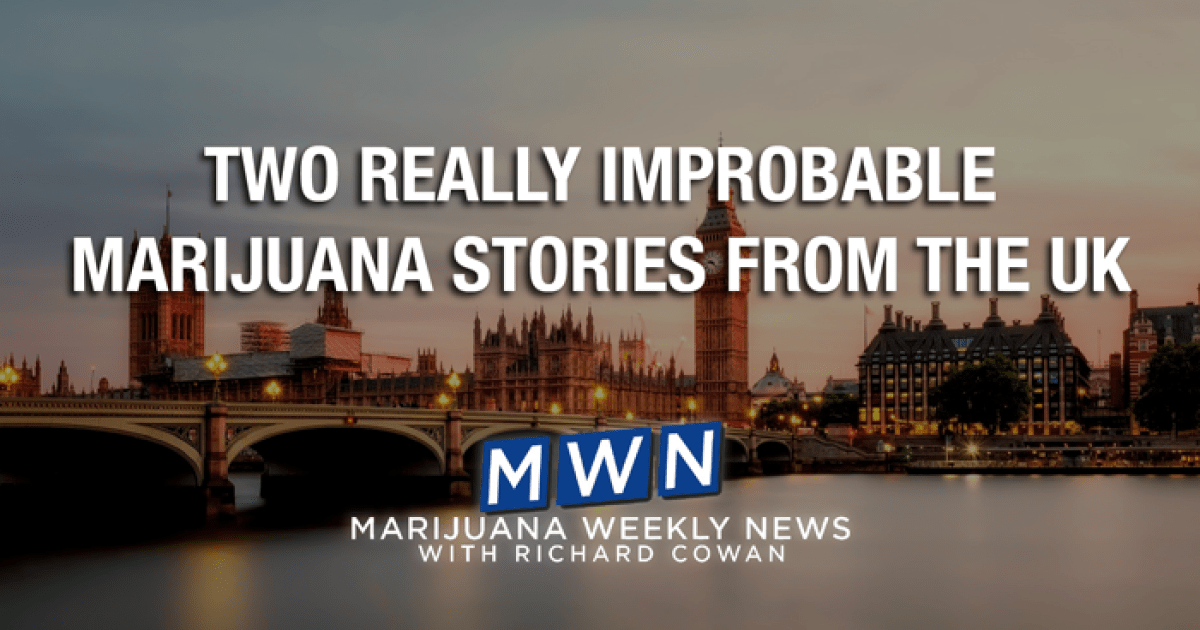 When the history of the Drug War in the UK is finally written, I would suggest that it begin with “Yes, this really happened.”

See  UK Data Show Marijuana Prohibition Is A Racist Counterproductive Fraud And WHY DO THE BRITISH INSIST ON CONFUSING CANNABIS WITH TOBACCO?

The excellent anti-prohibitionist, Transform Drug Policy Foundation reports that the new head of the UK Labor Party, Sir Keir Starmer “gave an interview which briefly covered drug policy. To many reformers his comments were dispiriting: asked for his views on decriminalisation of cannabis possession, he apparently rejected the idea – arguing instead that current drug policy was ‘roughly right’. Such a view was surprising not only given the momentum for reform globally, but also the growing support for change within his own party.”

While US Progressives have finally gotten the message that there is nothing “progressive” about the Drug War, the UK Labor (Socialist?) Party is still afraid to recognize the obvious.

Transform tries to look at the bright side: “But there was something in Starmer’s response that points to a less pessimistic reading. His support for the status quo was based on the fact that, as Director of Public Prosecutions, he had witnessed all too often the damage caused by drug-related violence, gang activities and county lines exploitation. That may very well be the case: it is likely he did indeed witness an array of suffering and pain related to drug markets during his time in that role.

However, such experience is – and can only be – an argument for change. The violence and exploitation Starmer describes are precisely the consequence of a market that remains completely outside of formal control, and tangible evidence that the enforcement-led approach has failed.”

If what motivates Sir Keir’s view on drug policy is the litany of failures that he describes, then the only possible conclusion is reform – because the same policies can only produce the same failures. Defaulting to more of the same is not a neutral position: it is to actively support policies that produce the harms he decries.

There is also an increasing body of evidence describing and evaluating larger-scale decriminalisation programmes across the world (most notably in Portugal).”

Portugal has now been joined by Norway in decriminalizing possession, citing recommendations from the United Nations and the World Health Organization.

See Norway to Decriminalize Personal Drug Use in ‘Historic’ Shift

Norway’s police will confiscate the below-threshold drugs found on any person, who will then be ordered to appear at a municipal advisory unit.

Transform notes incongruity for a “Progressive”:

“For a party concerned with addressing social inequalities, the status quo in drug policy should not be an option. Many UK diversion schemes have been established by Labour Police and Crime Commissioners. Furthermore, Scottish Labour now explicitly supports decriminalisation of all drugs, not least in response to the record levels of drug-related deaths in Scotland. The Party may be ahead of its national leadership on this issue.”

If the people will lead, the leaders will follow.

As Monty Python used to say, “And now for something completely different.”

While the head of the U.K.’s supposedly “Progressive” Labor party cannot bring himself to support the “decriminalization” of cannabis, a Welsh police commissioner has called for giving cannabis to prisoners.

I seriously doubt that I can take credit for that, but…

The Daily Mail reports, Police commissioner wants to give free cannabis to prisoners.

Mr Jones said that if justice authorities were serious about reducing harms and violence in prisons ‘they should be addressing the causes’.

He suggested that this includes the cheap synthetic cannabinoid spice that is rife in the prison system highlighted by the death of Luke Morris Jones, 22,  in 2018 who passed away after taking spice as an inmate at HMP Berwyn, Wrexham.

Use of illegal drugs is widespread in prisons and many prisoners lawfully receive heroin substitutes such as methadone and buprenorphine to manage their dependence.

Others that are commonly prescribed include strong analgesics such as pregabalin and gabapentinoids – all of which are addictive and potentially dangerous drugs.

In the UK the use of cannabis recreationally is against the law but it has been legalised to be used for medical purposes.

But Mr Jones said access to full extract oil through the NHS was virtually impossible.

He said: ‘Opioids are more dangerous than cannabis. If they’re on opioids, why can’t they be prescribed cannabis?

‘The aim of the game is to make prisons safer. If they’re serious about reducing violence in prisons they should be addressing the causes and that’s psychoactive substances.

‘Plus there’s a whole range of issues that cannabis would be geared to reduce the risk of.’

More generally, Mr Jones has also called for cannabis to be regulated to cut out organised crime and allow people to grow a limited amount for their own personal use.

He claimed: ‘It is a nonsense to criminalise people who take cannabis for recreational use and cause no harm to anybody else.

Richard Cowan is a former NORML National Director and author of CBD Topical Vs CBD Vapes – What Are The Differences?

TV’s True Crime Craze In our latest issue, true crime takes center stage as Elizabeth Vargas previews the upcoming return of crime classic America’s Most Wanted on Fox. Plus, our favorite docuseries on everyone from Tiger King to Ted Bundy. Also in this issue: our top family-friendly TV picks; Skylar Astin previews an impressive musical number on NBC’s Zoey’s Extraordinary […]

A Timeline of Prince Harry and Meghan Markle’s Drama With the Royal Family: What Happened?

A Timeline of Prince Harry and Meghan Markle’s Drama With the Royal Family: What Happened? Tensions between Prince Harry and the royal family have seemingly escalated over the past few years. Things appeared to come to a head after he and wife Meghan Markle stepped down as senior royals in 2020, but there’s still a lot to unpack. From […]

Don’t Mention the Drug War or We Might Have to Deal with The Real “Crisis at the Border” You may have heard THERE’S A CRISIS AT THE BORDER!!! OMG! OMG!! Well, yes there is, but it didn’t start with Biden, and he is not going to be able to stop it. See Illegal border crossings […]