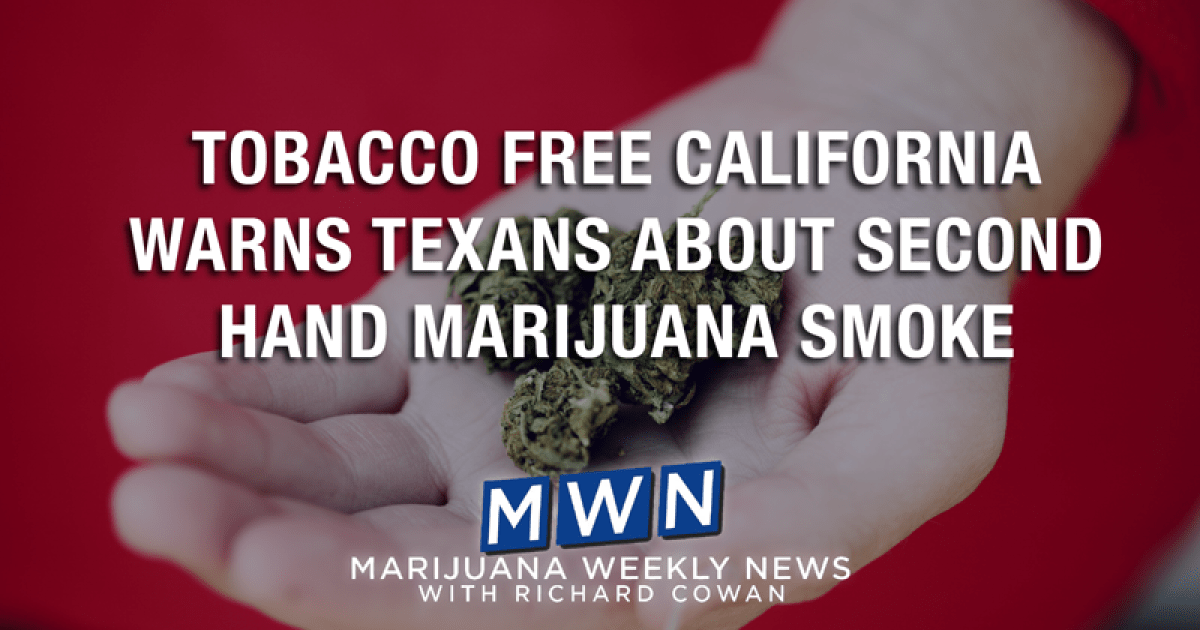 Well, I guess it was inevitable with all those Californians moving to Texas — at least before the lights went out. Anyway, there it was on the front page of the Fort Worth Star-Telegram.com, my hometown newspaper’s website:

My goodness! Well, I’m actually writing this from California, so maybe my fellow Texans weren’t subject to this cultural imperialism, but obviously I also noticed a bit of mission creep. Marijuana can be smoked and vaped, so… Inevitable?

Well, there is an old expression about “Blowing smoke” that implies something about not being entirely honest.

For example, PROTECTING NONSMOKERS FROM SECONDHAND MARIJUANA SMOKE is actually prohibitionist propaganda that demonizes the marijuana business and marijuana users:

“A new industry for marijuana consumption is being created in the U.S. and it has one goal: to normalize marijuana use, including smoking, everywhere and to have it regulated “just like alcohol.” As the trend toward normalizing public smoking of marijuana grows, we need to be aware that more laws will likely be proposed to weaken smoke-free protections and allow for broader use of smoking marijuana in public places and even in workplaces. The marijuana industry wants to accomplish this goal, in part, by borrowing tactics from Big Tobacco’s playbook and chipping away at smoke-free protections.”

See THE BIG PROBLEM WITH THE “BIG MARIJUANA” BOGEYMAN

I strongly believe that having strong opinions about something, marijuana, guns, former Presidents, etc is still no excuse for being rude. I have never smoked tobacco, but I grew up in a cloud of tobacco smoke, and I know that a lot of people don’t like the smell of marijuana smoke. When I was National Director of NORML we moved to K Street and couldn’t allow smoking in the office, greatly disappointing some of our constituents.

But non-smokers do have rights. They have the right to ban smoking of anything in any kind of shared public airspace. No need for obscure chemistry lessons, or dubious claims. Breathing is not voluntary.

On the other hand, if there are places for people who want to smoke marijuana and congregate to listen to music, like a Rolling Stone concert, should that be banned if there are people there who don’t like hemp incense??

With that said, there are enormous differences between cannabis and tobacco smoke. First and foremost, tobacco contains nicotine, which is highly toxic and is a vasoconstrictor. There is a reason that tobacco smoke is closely correlated with lung cancer, but marijuana smoke is not.

See Tobacco kills more than 8 million people each year. More than 7 million of those deaths are the result of direct tobacco use while around 1.2 million are the result of non-smokers being exposed to second-hand smoke.

There are no comparable data for cannabis.

Richard Cowan is a former NORML National Director and author of A Comparison Of CBD And THC.

The Celebrity Dating Game We’ve picked 15 hot shows to enjoy inside with the air conditioner on.  There’s scoop on the Friends reunion (finally!), a fun update to the classic Dating Game, and we tell you why Ted Lasso is a TV phenomenon.  Comedies, docs, and thrillers round out our Must-See list.  America’s Got Talent is […]

Kim Kardashian Slams Kourtney's Staff Treatment: 'Can't Even Keep a Nanny' Bashing her behavior. Kim Kardashian confronted her sister Kourtney Kardashian after the Poosh creator had an argument with Kim’s nanny. “She said that she felt so degraded by you and you just started yelling at her,” the KKW Beauty creator, 40, told Kourtney, 42, […]

Jared Padalecki is the New Walker: From ‘Supernatural’ to Texas Ranger

Jared Padalecki is the New Walker: From ‘Supernatural’ to Texas Ranger In our cover story, Supernatural vet Jared Padalecki discusses saddling up for his new role in The CW’s reboot, Walker, based on the Chuck Norris-starring 90s drama, Walker, Texas Ranger. Also in this issue: new page Family Room; Gina Torres joins the action on […]