To Make These Chips More Powerful, IBM Is Growing Them Taller 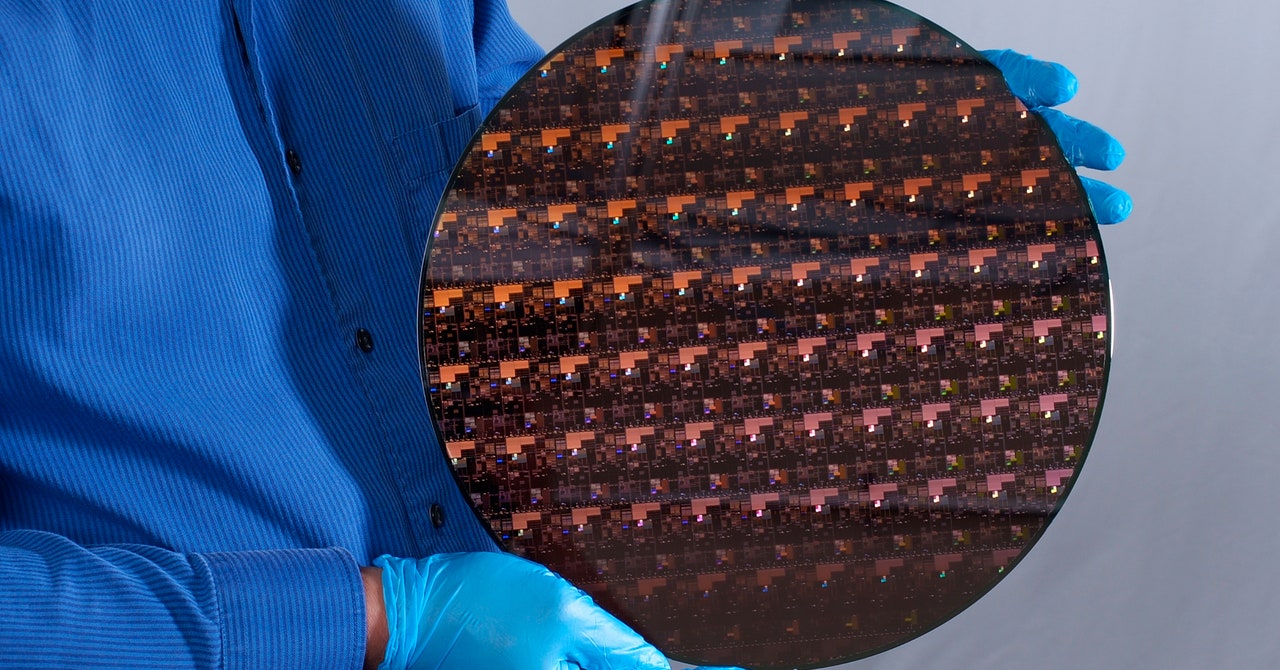 Computer chips might be in short supply at the moment, but chipmakers will continue wringing more power out of them for a while yet it seems.

Researchers at IBM have demonstrated a way to squeeze more transistors onto a chip, a feat of nanoscopic miniaturization that could significantly improve the speed and efficiency of future electronic devices.

The engineering feat might also help the US regain some ground when it comes to minting the world’s most advanced chips, something that has become central to geopolitics, economic competition, and national security. Chips are critical for a growing array of products, and access to faster, more advanced chips is likely to fuel progress in critical areas including artificial intelligence, 5G, and biotechnology.

IBM says 50 billion of the new transistors—the electronic switches that let chips perform logical operations and store data—could fit on a chip the size of a fingernail, two-thirds more than what was possible using the previous process. It says the chip could help a smartphone or laptop run 45 percent faster or consume only one-fourth of the energy of the previous best design.

“It’s a tremendously exciting technology,” says Jesús del Alamo, a professor at MIT who specializes in novel transistor technologies. “It’s a completely new design that pushes forward the roadmap for the future.”

Making the new transistor relies on not simply etching the features of a chip into silicon, but also building them on top of one another. Chipmakers first began crafting transistors in three dimensions in 2009 using a design called FinFET, in which electrons flow through thin vertical fins—rather than a flat surface—to pass through transistors. The IBM design takes this further, stacking transistors on top of one another in the form of nanosheets that run through a semiconducting material like the layers in a cake.

IBM sold off its chipmaking business in 2014, but it continues to fund research on next generation chip materials, designs, and manufacturing techniques. The company plans to make money by licensing the technology to chipmakers.

For decades, chipmakers have been focused on shrinking the size of components to wring more performance out of chips. Smaller scale allows more components to be packed onto a chip, improving efficiency and speed, but each new generation requires incredible engineering to perfect.

“It’s a completely new design that pushes forward the roadmap for the future.”

The most advanced computer chips today are made using a process that involves etching features into silicon with extreme ultraviolet lithography (EUV), resulting in features smaller than the wavelength of visible light. The process is called “7 nanometer,” but it no longer refers to the size of components; instead, it reflects the generation of technology employed, because of the stacked transistors and other changes in chipmaking. The new IBM chip is three generations ahead, using a process dubbed 2 nanometers.

IBM first demonstrated transistors made this way in 2017 at 5-nanometer process scale. The fact that it has taken four years to move to 2 nanometers shows the challenge of mastering the techniques involved. The world’s most advanced chip companies have begun making 5 nanometer chips using existing approaches, which appear to be nearing their limits.

Chipmaking progress was most famously captured in Moore’s law, a rule of thumb named after Intel cofounder Gordon Moore which states that the number of transistors on a chip will double every two years or so. Technologists have feared the end of Moore’s law for a decade or more, as chipmakers pushed the limits of manufacturing technology and novel electronics effects.

When a Pipeline Goes Down, Tanker Trucks Come to the Rescue

When a Pipeline Goes Down, Tanker Trucks Come to the Rescue On Wednesday night, the Colonial Pipeline Company, which operates the country’s largest pipeline system for refined oil, reported that the 5,500-mile system was finally up and running again, with service slated to return to normal by week’s end. It had been four days since […]

The Rise Of The Sneakerboot Amidst Surge In Hiking

The Rise Of The Sneakerboot Amidst Surge In Hiking The Halden light hike from Forsake is one of the brand’s most popular models as the sneakerboot … [+] category continues to rise. Forsake Hiking footwear sales continue to spike and with so many new consumers entering the market, the sneakerboot has positioned itself as the […]