The Ford F-150 Lightning Is the Electric Vehicle of Dystopia 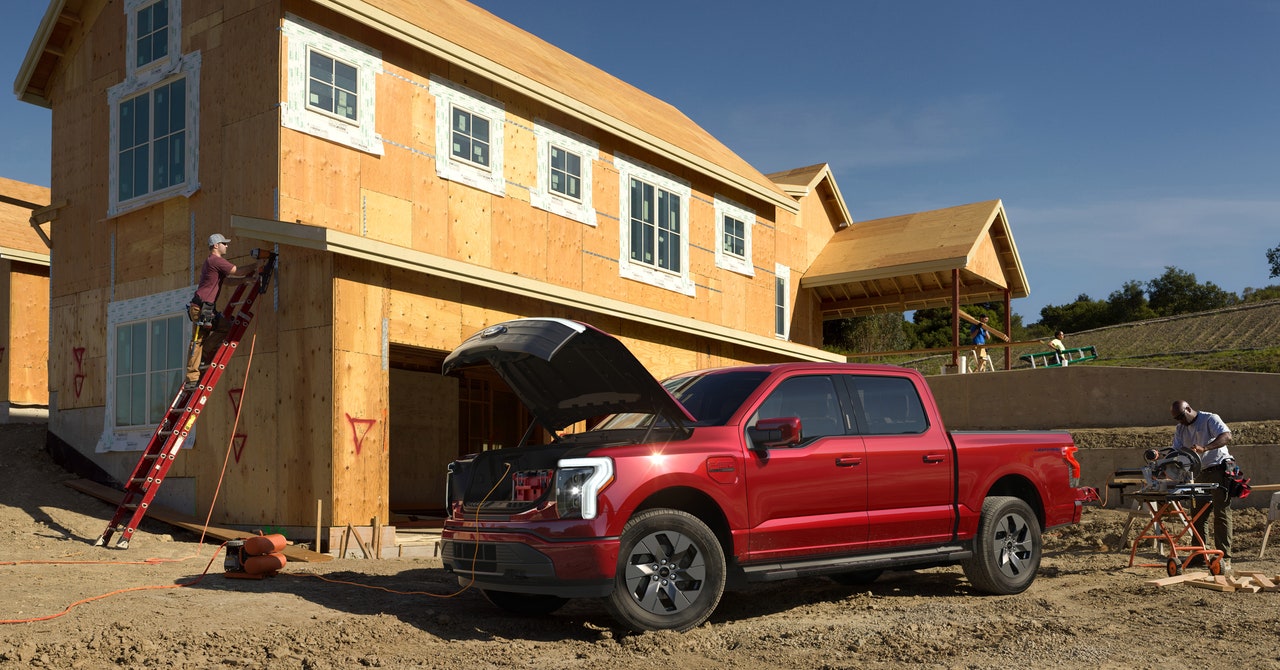 When Tesla CEO Elon Musk took to a stage in 2019 to unveil the company’s all-electric Cybertruck pickup, observers were shocked, and that’s putting it mildly. The look was, as one industrial designer told WIRED at the time, “anti-humanistic,” a ride devised, seemingly, for a Mad Max future. Despite his role as the mascot for zero-emission vehicles, Musk is not always sanguine about humanity’s future on Earth—hence all the Mars stuff—so the truck’s unorthodox design made some sense.

But the real EV of dystopia may be a new pickup. Ford on Wednesday unveiled the F-150 Lightning, a relatively inexpensive electric version of the most popular vehicle in America. Bill Ford, the company’s executive chairman, cast the event in historic terms, calling it “a watershed moment for our industry.” The 64-year-old executive got a bit reflective too. This truck, he said, “will fulfill our promise to our children and our grandchildren that our generation is committed to leaving them a cleaner planet.”

So it’s likely no accident that the vehicle’s first bit of marketing touches, however obliquely, on surviving a climate-changed Earth. It will be the first electric vehicle, the company says, to serve as a “battery on wheels.” Ford says the extended battery in the more expensive version of the electric F-150 will be able to power a blacked-out home for three days. Potential users will likely have to pay to install a home integration system, price to be determined. During the rollout event, CEO Jim Farley cited recent ice storms in Texas, which have been blamed in part on climate change and which stunted the state’s electric grid for five days, as a reason to pony up for the Lightning.

In this strange way, it may be the Lightning that’s more prepared for our slow, horrifying descent into climate chaos.

Experts have said for years that electrifying America’s vehicles will be a critical part of combating climate change. In the US, the transportation sector is the biggest source of greenhouse gas emissions, and the majority of those come from the tailpipes of passenger cars and trucks. For this reason, governments offer subsidies and tax credits to encourage people to buy electric vehicles. Still, the decisions come down to individual consumers. Will consumers want a battery on wheels?

The large battery is “a luxury that someone might use once every two years.”

Ford added some practical touches to broaden the appeal. The truck’s more expensive versions come with 11 AC outlets, a nice perk if you want to plug in power tools while on the road. The truck also has a remarkably spacious “frunk”—that is, front trunk, the space where an internal-combustion engine would go on a gas-powered vehicle—which drivers can use to store valuables they’re not comfortable leaving in the bed. Research conducted by the consulting firm BCG (and funded by Ford) found that, of the 17 million F-series trucks on US roads today, between one-quarter and one-third are used for commercial purposes. If this truck is going to be a success, its power-generating features will need to appeal to people who use it for work.

Pickups attract many types of drivers. It’s “a Swiss Army knife kind of vehicle,” says Gil Tal, who studies travel behavior at the UC Davis Institute of Transportation Studies. “Some people use it to go buy milk at a supermarket, some people take it on long off-road trips, and some people use it for work.” An electric pickup can’t be a pickup for everyone, he says, and more traditional buyers won’t necessarily cotton to a new technology right away. “This is a starting point,” he says.

Being able to pump 9.6 Kw of power into your home is what Costa Samaras, a professor who studies energy policy at Carnegie Mellon, calls “an add-on.” “It’s a luxury that someone might use once every two years,” he says. But the vehicle’s ability to power homes, as well as tools, might be the sort of feature that will attract even the previously EV-incurious, he says. Americans might not be interested in buying products for climate resilience per se. But demand for in-home generators in Texas has reached an all-time high since the February ice storms. People like to be prepared. That could be electric vehicles’—and Ford’s—gain.

Live Audio Apps Lure Creators With Money and Promises When Twitter launched Spaces, its live audio feature, Reesha Howard couldn’t wait to start broadcasting. She already had a YouTube channel, so she was used to sharing her personality online, but Spaces offered up a new way to flex her voice. She DM’d the rapper Soulja […]

Crypto climbs, stocks gain as markets cheer a weak dollar [unable to retrieve full-text content]The dollar is down 12% off its March 2020 high, and expected to fall further—a tail-wind for a big group of stocks. Read MorePublished at Tue, 25 May 2021 08:33:05 +0000

Thriving in the Future of Work Means Focusing on Your People – SPONSOR CONTENT FROM DELOITTE During this era of unprecedented instability, leaders in every sector and region have been managing their organizations for resilience through three phases. First came the response, when leaders made bold decisions to adapt and accelerate transformation so their organizations […]