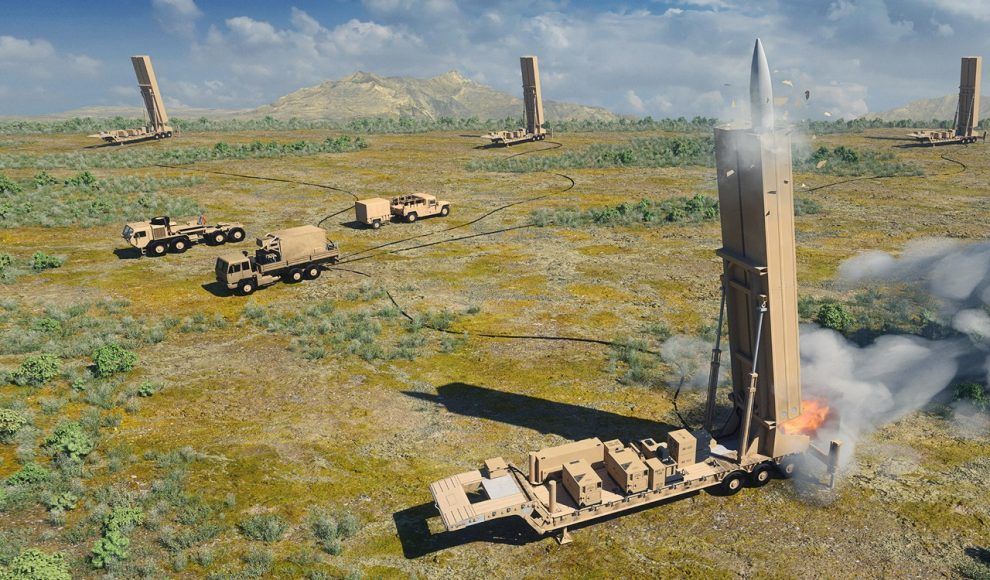 The Army Reveals the Range of Its New Hypersonic Weapon: 1,725 Miles

The U.S. Army has a new hypersonic weapon that’s designed to fly 17 times the speed of sound. Now, we know the weapon will be able to strike targets from at least 1,725 miles away, according to an Army spokesperson’s recent comments.

That means the “Long-Range Hypersonic Weapon” (LRHW) is capable of destroying enemy targets from faraway, standoff ranges. With that kind of armament, U.S. forces could easily strike targets in Russia and China during a conflictâ€”a deterrent that ideally makes such conflict less likely.

The LRHW, scheduled for testing in 2023, is a truck-mounted hypersonic weapon. Each LRHW battery will consist of an operations center controlling four transporter/erector/launcher (TEL) trucks. Each TEL truck will carry two LRHW missiles.

It’s likely the Army’s LRHW has a similar range to the Navy’s Conventional Prompt Strike Weapon, according to Breaking Defense, which broke the news of the LHRW’s range. The two weapons, after all, share many of the same components. Last October, National Security Advisor Robert Oâ€™Brien said the Navy will deploy the new hypersonic weapons on all 69 of its guided missile destroyers.

The LRHW’s range will cause considerable problems for enemy forces in wartime. In the Pacific, a range of 1,725 miles means any number of potential alliesâ€”including South Korea, Taiwan, Japan, or the Philippinesâ€”could host Army LRHW batteries. Then, they could strike targets in the South China Sea, China’s bases on Hainan island, or even the Chinese mainland.

That’s approximately 300,000 square miles of hiding space. However, transporting the LRHW could complicate things: There’s a requirement for nearby airfields to fly the weapon in and out, and on the ground, you need to travel along sturdy roads that won’t jostle the missile. Those access issues will dramatically cut down on the weapon’s possible homes, particularly in the Philippines.

While Beijing wouldn’t normally be the target of a tactical missile system, this example illustrates China’s dilemma, and shows the real muscle behind the hypersonic weapon. Russia is no safer from the LRHW than China, for example. From Europeâ€”let’s say Londonâ€”the LRHW could strike targets as far east as Moscow.

The irony of the new hypersonic arms race is that, in an attempt to build up military capability, Russia and China have actually put themselves in a perilous position. Both countries had an edge in hypersonic weapons through the mid-2010s, but the U.S.’s newly developed systems could soon surpass them.

The U.S. military’s projection of power, coupled with U.S. allies in Europe and Asia, means American hypersonic weapons will be able to strike targets on Russian and Chinese soil. All the while, neither Russia or China could bring similar weapons to bear in the continental United States.