Samsung unveils a 43-inch version of its versatile Smart Monitor 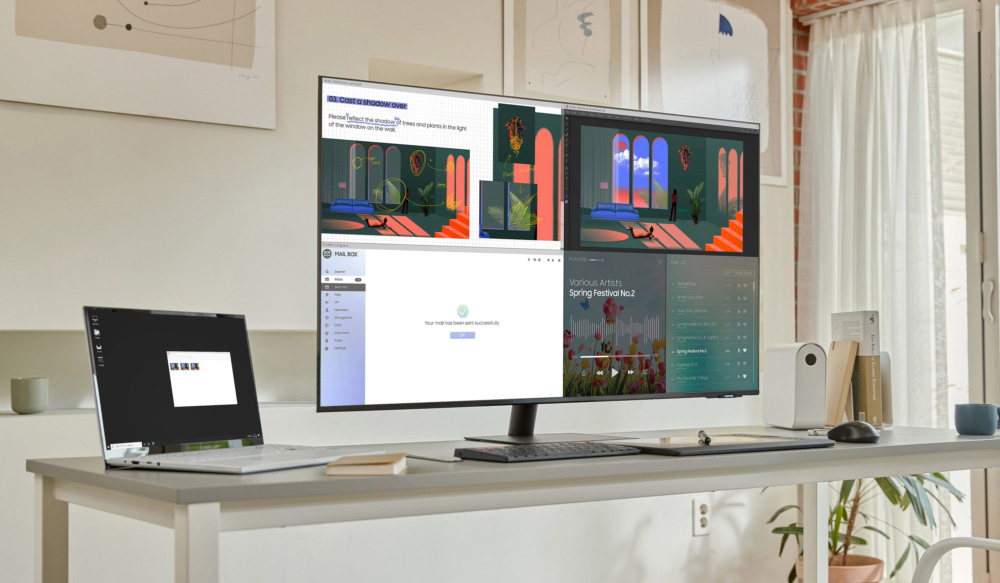 Samsung has expanded its all-in-one Smart Monitor range with two new models, the company announced. On top of the 27- and 32-inch models launched late last year, it’s now offering the 43-inch 4K M7 and 24-inch 1080p M5, filling in the top and bottom of the range.

As before, the new models are designed for both productivity and entertainment. To that end, they have built-in speakers and smart TV functionality powered by Samsung’s Tizen OS, letting you run streaming apps like Netflix without the need to power on your computer. At the same time, you can connect your Galaxy smartphone via DeX, letting you use it as a desktop “computer.” The M7 includes a solar-powered remote, but both models offer Alexa, Google Assistant and Bixby voice control.

Samsung also promises HDR10 capability for the 43-inch 4K version, though it didn’t mention any DisplayHDR specification, so it may not deliver the minimum required 400 nits. Other features on that model include slim bezels and a USB Type C port. Samsung said the 24-inch 1080p M5 model is aimed at customers “looking for a good value multi-functional monitor.” It hasn’t released any pricing, but the current 27-inch M5 and 32-inch M7 models are $230 and $400 respectively.

Watch a Snake Robot Go for a Swim When sea snakes swim, they wind their way through the water by flicking their flattened tails, which is super graceful but requires a whole lot of coordination. So when roboticists at Carnegie Mellon University decided that it was time for their landlubbing robot snake to take to […]

Toyota's Clean Assist Program matches PHEV charging activity with renewable energy Toyota is making it possible for some owners of its plug-in hybrid vehicles to reduce their carbon footprint even further. The automaker has launched a new initiative called the Clean Assist Program, which enables Prius Prime and RAV4 Prime owners in California to match […]

Developer reveals Xbox Easter Egg after waiting nearly 20 years for people to find it Nearly 20 years after its release, you would think the original Xbox wouldn’t have any secrets left to share. But it turns not only does Microsoft’s first console still have some hidden Easter Eggs, there’s a good chance one of […]