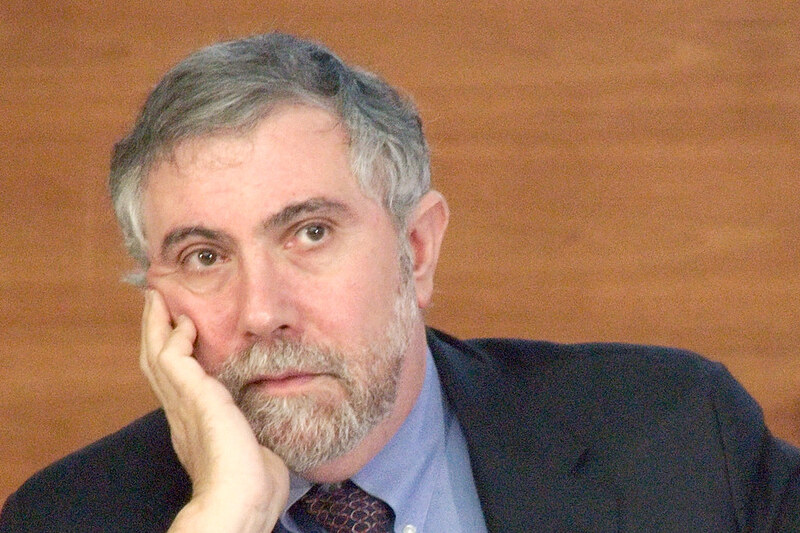 Crypto Cassandras are having a field day as token markets continue to experience disruption in many cases wheeling out familiar refrains and predicting the imminent death of bitcoin (BTC) – although most crypto pundits are scoffing at the arguments they are using to justify their claims.

The Nobel Laureate and longtime crypto-skeptic Paul Krugman perhaps knew what was coming when he penned his latest sideswipe at the crypto industry in the New York Times, tweeting that he would “get a lot of hate mail,” sarcastically stating that the crypto “cult must not be mocked.”

But Krugman’s reasoning appears to have left him open to no shortage of criticism. At one point in his op-ed piece, he drew parallels between Bitcoin and Ponzi schemes and the misdoings of Bernie Madoff, the disgraced former Nasdaq non-executive chairman and architect of a USD 64.8bn Ponzi-style fraud who died in prison earlier this year.

The lawyer, bitcoin advocate, and Anderson Kill partner Preston Byrne took to Twitter to break down – and criticize – Krugman’s arguments paragraph by paragraph, and pointed out:

“Ponzi schemes require a central node to administer cashflows in and out. Bitcoin doesn’t require flows to exist.”

Krugman, meanwhile, ended his column by opining that “Bitcoin and its relatives haven’t managed to achieve any meaningful economic role. What happens to their value is basically irrelevant to those of us not playing the crypto game.”

But Byrne took exception to this “terribly snarky and clever” ending, saying that it reminded him of a passage from Douglas Adams’ sci-fi classic The Hitchhiker’s Guide to the Galaxy that reads:

“A towel… has great practical value. You can… wrap it round your head to ward off noxious fumes or avoid the gaze of the Ravenous Bugblatter Beast of Traal (such a mind-bogglingly stupid animal, it assumes that if you can’t see it, it can’t see you).”

Krugman’s arguments took a familiar tack for anyone used to rereading crypto-skeptic arguments: he explained that crypto markets are volatile, that adoption is slow, and that tokens like BTC have often been used in crime efforts and that crypto advocates use excessive “technobabble” jargon.

The crypto trader and analyst Quio Wang cut to the point, but writing that he would “summarize” the piece so Twitter users “don’t waste your time,” writing:

“By 2025 or so, it will become clear that the crypto impact on the economy has been no greater than the fax machine’s.”

This was a reference to a 1998 Krugman quote on the internet when he claimed that the web’s impact on the economy by 2005 would be no greater than that of the fax machine.

Critics have revisited the quote for years, and the same argument was used by many in 2013, in response to a Krugman-penned piece entitled: “Bitcoin is Evil.”

However, the Nobel Laureate pointed out a few years ago that “the fact that people are throwing around my 1998 quote actually shows that they don’t get this point – that they’re confusing technology with monetary economics.”

Regardless, some were unconvinced. Others, such as Marc van der Chijs, entrepreneur, crypto-focused venture capitalist, and co-founder of VC firm First Block Capital, pointed out that Krugman was failing to take into account how “early it still is for bitcoin.”

And the Director of Research at Grayscale Investments, Phil Bonello, decided to look on the light side, remarking: “When you read something like this from someone who is respected by a lot of smart people you gotta like your chances.”

Best Air Fryers for Crispy and Delicious Meals The magical promise of an air fryer is crispy and delicious food without vats of oil. How can we pull off this culinary miracle? Air fryers don’t actually fry food. They’re small, countertop convection-style ovens with fans that circulate hot air to cook food from the outside […]

The F-22 and F-35 Can Now Talk to Each Other, All Because of a U-2 The aging U-2 spy plane has picked up a new mission: acting as a communications bridge between the F-22 Raptor and F-35 Joint Strike Fighter. The two fifth-generation fighters have different communications links, so until now, they couldn actually “talking” […]

This Badass Robot Uses Lasers To Slay 100,000 Weeds Per Hour

This Badass Robot Uses Lasers To Slay 100,000 Weeds Per Hour Image courtesy of Coco Kou (Carbon Robotics) A new farming robot can weed up to 20 acres in a day, saving labor and chemicals. The “Autonomous Weeder” uses lasers, a supercomputer, GPS, and computer vision. Weeds are a costly nuisance for farms of all […]