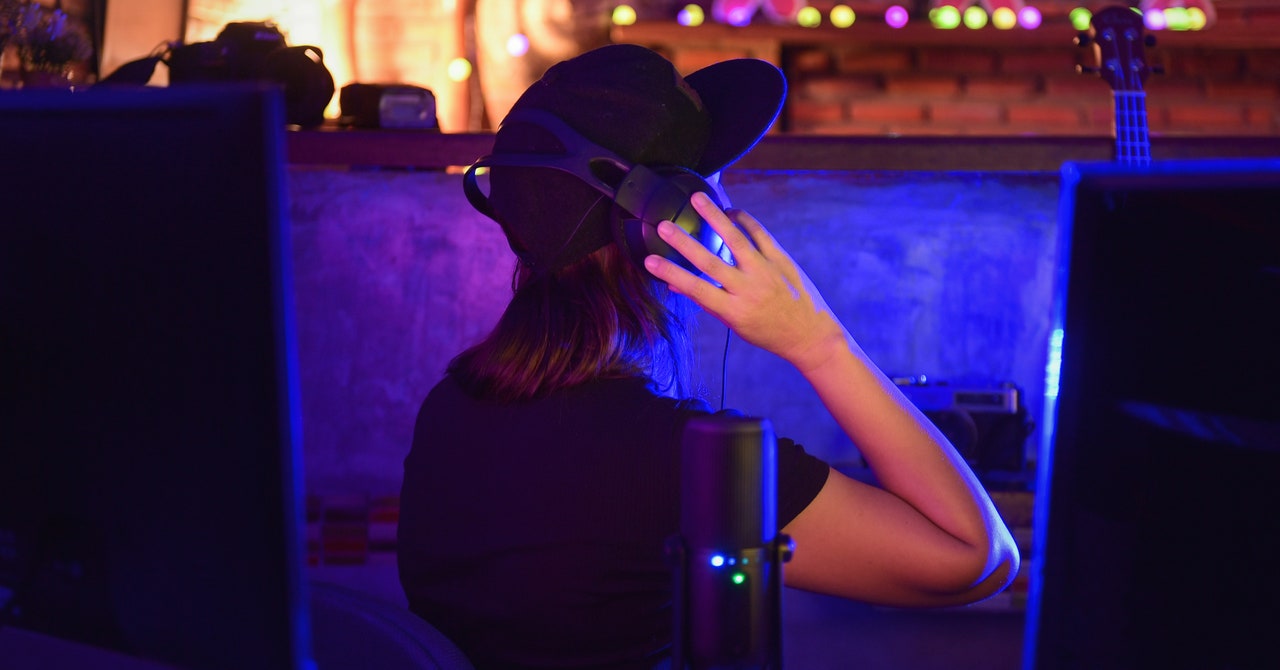 When Twitter launched Spaces, its live audio feature, Reesha Howard couldn’t wait to start broadcasting. She already had a YouTube channel, so she was used to sharing her personality online, but Spaces offered up a new way to flex her voice. She DM’d the rapper Soulja Boy; did he want to do an interview in her Space? Shockingly, he said yes. Then she hosted a game show for The Game. She spoke to Charlese Antoinette, the costume designer for Judas and the Black Messiah, just days before Antoinette won an Oscar. “I consider myself to be the official queen of Twitter Spaces,” says Howard. Not bad for someone who had only 87 Twitter followers a few months ago. Now, thanks to her listeners, she has about 4,000.

Decades ago, if you heard someone’s voice live on the internet, it often meant an online radio broadcast. Then podcasting came on the scene, and everyone with a mic and a laptop could upload their conversations to the web. Now the rise of live audio apps, led by Clubhouse’s breakout success last summer, is reshaping the landscape once again, the same way social media disrupted the blogosphere years ago: Anyone with a smartphone has the tools and the platform to reach millions of ears. With that shift comes opportunity, both for upstart startups hoping to reshuffle Silicon Valley’s pecking order and for digital content creators hoping to make their mark in the format du jour.

Creators, in particular, are having a moment. After years of fighting to be taken seriously, they are finally being recognized—and paid—by Silicon Valley companies for their work and influence. There are more companies that revolve specifically around supporting creator economies, from writers on Substack to adult performers on OnlyFans to C-list celebs on Cameo. Bigger companies are now investing more heavily in creators, too, recognizing their role in the corporate bottom line. A platform is only as good as its content, and that content comes down to the people creating it.

The leading live audio apps have all announced or released features for creators in recent weeks. Twitter added a tip jar and is experimenting with ticketed live events on Spaces. Discord opened up an event “stage” last month, which looks similar to Clubhouse, and will also offer new ways for broadcasters to charge money for their events. It’s also building in better discovery features to help Discord users find live events. Facebook has started an audio creator’s fund to seed its Live Audio Rooms, launching later this summer. And Clubhouse has begun paying some creators $5,000 monthly stipends to host original shows as part of its Creator First accelerator.

While Clubhouse has its fair share of influencers already, its new program focuses on financing more up-and-coming talent. Beyond the monthly stipend, Creator First will offer others resources and promotion opportunities for creators of Clubhouse-specific content. It’s the kind of support, especially early on, that could help people earn a living on the app—and that in turn could earn the year-old startup their loyalty. “Being on the app has been a huge opportunity for small creators,” says Amanda Dishman, who hosts a Clubhouse room called The Salty Vagabonds Club, all about alternative living arrangements. Dishman, for example, regales audiences with stories of living on a boat. Clubhouse named the show as a finalist for the Creator First accelerator earlier this month. “I have not tried any other audio apps yet, and for now I’m OK with that,” she says.

Clubhouse will need that kind of loyalty to survive. The platform is widely credited with launching the recent audio boom, but its user growth is dwindling: The app had 922,000 downloads in April, compared to 9.6 million in February, according to Sensor Tower. (It might see a boost this month, now that it finally has an Android app.) Many of its users also have accounts on other platforms. The analytics firm App Annie found that 77 percent of Clubhouse’s iPhone users also use Facebook, and 60 percent also use Twitter. Clubhouse needs to prove that its content merits incorporating an entire new platform into your digital routine. It’s a hurdle that other, established apps don’t face as they venture into live audio—a group that includes not just Twitter and Facebook but also Reddit, Spotify, and LinkedIn.

A Border Town Confronts the Reality of Police Surveillance The council approved a measure that asks the Human Relations Commission to review the license plate program quarterly. Medina said the commission is already overloaded, and he suggested creating an independent oversight body to conduct the audits and serve as a liaison between residents and the […]

AI Can Write Disinformation Now—and Dupe Human Readers When OpenAI demonstrated a powerful artificial intelligence algorithm capable of generating coherent text last June, its creators warned that the tool could potentially be wielded as a weapon of online misinformation. ​Now a team of disinformation experts has demonstrated how effectively that algorithm, called GPT-3, could be […]

AI Shows ExxonMobil Downplayed Its Role in Climate Change Between 1977 and 2014, 80 percent of ExxonMobil’s internal research supported the idea that human activity was a contributor to climate change. But during that same period, 80 percent of the oil and gas provider’s public statements instead expressed doubt whether climate change was caused by […]