It’s True. Everyone IS Multitasking on Their Video Calls 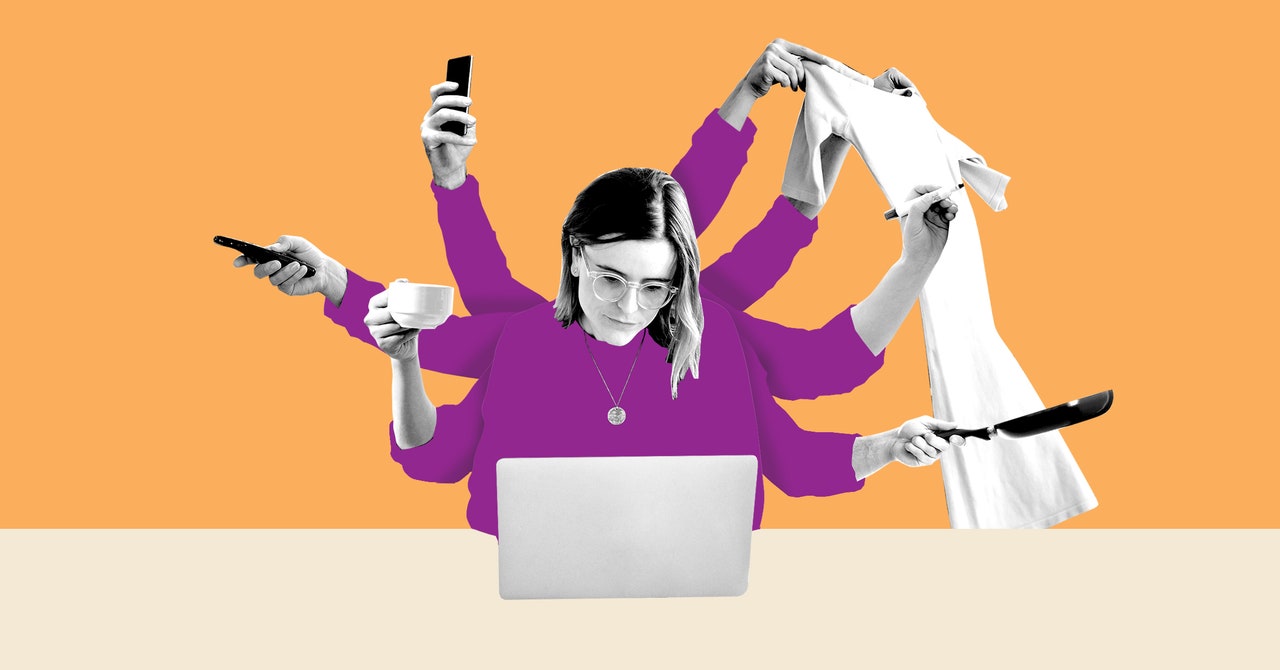 The etiquette for remote work meetings is weird. You don’t have to wear pants, but allowing your eyes to dart around your screen can seem rude and disrespectful, a giveaway that you’re distracted by another digital task. And once you turn the camera off, multitasking can mean folding laundry, grocery shopping, or anything else that needs doing.

Microsoft shared the details of what it calls the largest study to date of multitasking and remote teams this week as part of a computer-human interaction conference. Researchers from Amazon, Microsoft, and University College London examined logs of Outlook email and OneDrive cloud file activity for almost 100,000 US Microsoft employees to get a sense of how often people multitask in video meetings and why.

“There’s an opportunity with remote meetings to just ‘sort-of’ attend a meeting,” says Microsoft chief scientist Jaime Teevan. “You can skip a meeting and watch it at double speed if it was recorded. You can have it playing in the background while you do other things and listen for important points.”

The study shows that multitasking during virtual meetings is a coping mechanism to protect people’s mental well-being from … too many virtual meetings. Lead author and Microsoft Research intern Hancheng Cao said the results illuminate the need for employers to have more flexible attitudes about multitasking for remote teams. Your colleague whose eyes occasionally dart around the screen might not mean to be impolite, but as virtual meetings pile up and drag on, the study says, “people appear to have been left with less time to focus on their work and thus have gotten into the habit of multitasking to catch up.”

The log data was collected between February and May 2020, during which time Microsoft became a fully remote workforce. Each time a person in a Microsoft Teams video call sent, forwarded, or responded to an email or edited a file like a PowerPoint presentation or Excel spreadsheet saved in OneCloud, that action was logged as multitasking. (A lot of multitasking—like reading emails or scrolling social media—couldn’t be detected with this methodology.) In 30 percent of meetings, the study found, people sent emails.

To get into the specific ways people multitask, study coauthors reviewed diaries or statements written by about 700 Microsoft employees in the US and abroad during approximately the same time period. About 15 percent of diary respondents said they believe multitasking makes them more productive.

Some multitasking, like taking notes or looking at the documents being discussed, helps people stay focused. But the diaries also showed that people exercised, played video games, and watched cat videos. These can be called distractions, but respondents described the activities as ways to cope or their response to a meeting that wasn’t relevant to them.

The diaries also suggested that a lot of people are multitasking to keep up. As one Microsoft employee put it: “It needs to happen, or you can’t get all your work done.” Nearly four in 10 diary respondents said they had to work during meetings to cope with the proliferation of virtual meetings on their schedule as they transitioned to working from home. Coauthors of the study say multitasking to meet productivity demands can lead to mental fatigue and cause people to exhibit disrespectful behavior toward others.

SPACs are down. But are they out?

The Rise Of The Sneakerboot Amidst Surge In Hiking

The Rise Of The Sneakerboot Amidst Surge In Hiking The Halden light hike from Forsake is one of the brand’s most popular models as the sneakerboot … [+] category continues to rise. Forsake Hiking footwear sales continue to spike and with so many new consumers entering the market, the sneakerboot has positioned itself as the […]