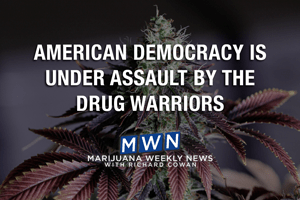 American Democracy Is Under Assault by the Drug Warriors 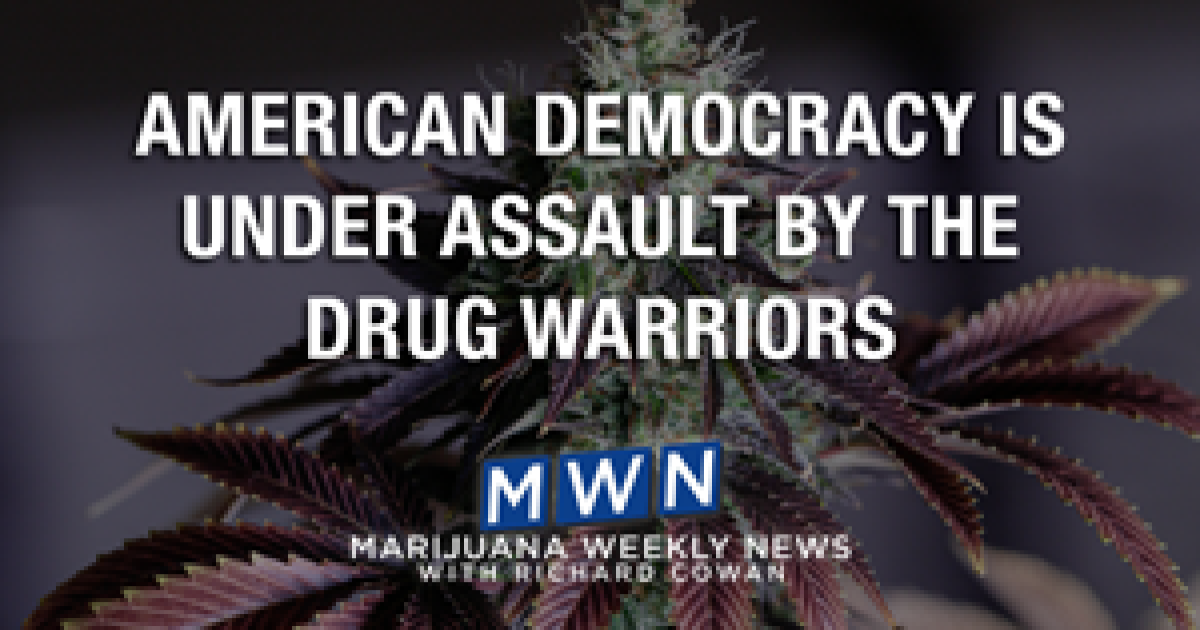 The only thing Americans seem to agree about is that our Democracy is in danger. Was the election stolen by Biden, or is Trump trying to undermine the electoral process?

In the last few years, the so-called ‚ÄúProgressives‚ÄĚ, with the partial exception of Joe Biden, have discovered they have always been in favor of legalizing marijuana, after they finally read the polls. African American leaders, historically influenced by their clergy, who opposed marijuana legalization, are demanding economic preference for the victims of their policies.

See Don‚Äôt Mention The Drug War. We Must Decriminalize Being Black Because Black Freedom Matters

Meanwhile, the so-called ‚ÄúConservatives‚ÄĚ wave the flag and talk about ‚ÄúFreedom‚ÄĚ and denounce vaccines and face masks as Satanic. They not only opposed medical marijuana in various referendums, they are doing everything possible to thwart the will of the voters after the initiatives pass with overwhelming majorities.

In South Dakota, almost 70% of the voters supported medical marijuana, but the prohibitionists are doing everything possible to block it. One state representative even said that she had just come from the conferences of South Dakota fire chiefs and law enforcement and the chiefs want ‚Äúa seat at the table regarding marijuana.‚ÄĚ

Meanwhile, in Trump‚Äôs new home state, ‚ÄúMiami‚Äôs city government has rejected cannabis dispensaries since Florida voters approved the creation of a full-fledged medical marijuana marketplace in a 2016 referendum that amended the state Constitution. Instead of creating zoning restrictions to regulate where dispensaries can open, or outright banning them, Miami has created no new laws and relied on an internal legal opinion that the change to the Florida Constitution was moot because federal law continues to categorize marijuana as an illegal substance with no medicinal value.

By contrast, Miami Beach, Coral Gables and other local governments approved zoning regulations that dictate where dispensaries can go, even if they did so begrudgingly.‚ÄĚ

But it gets worse. Slate reports, ‚ÄúOn Thursday, the Florida Supreme Court‚ÄĒprobably the most conservative state high court in the country‚Äďconcluded that the state‚Äôs voters could not be trusted with a ballot initiative that would legalize recreational marijuana for adults. By a 5‚Äď2 vote, the court tossed out the initiative, denying Florida residents the opportunity to vote on it. To justify its action, the majority seized upon a dubious rationale: It asserted that the ballot summary implies that the initiative will somehow legalize marijuana under federal law, rendering it ‚Äúaffirmatively misleading.‚ÄĚ Because of this putative defect, the court denied Floridians an opportunity to repeal state laws banning recreational weed‚ÄĚ

Meanwhile in our nation‚Äôs capital‚Ä¶Mitch McConnell and Joe Mancin will decide whether the Senate can even vote on any Federal cannabis legalization. Ironically, the ‚ÄúFounding¬† Fathers‚ÄĚ were afraid of too much democracy, but they could always go home to their hemp farms.

See WILL PROHIBITIONISTS TIE THE NEW CONSERVATIVE MOVEMENT TO TRUMP