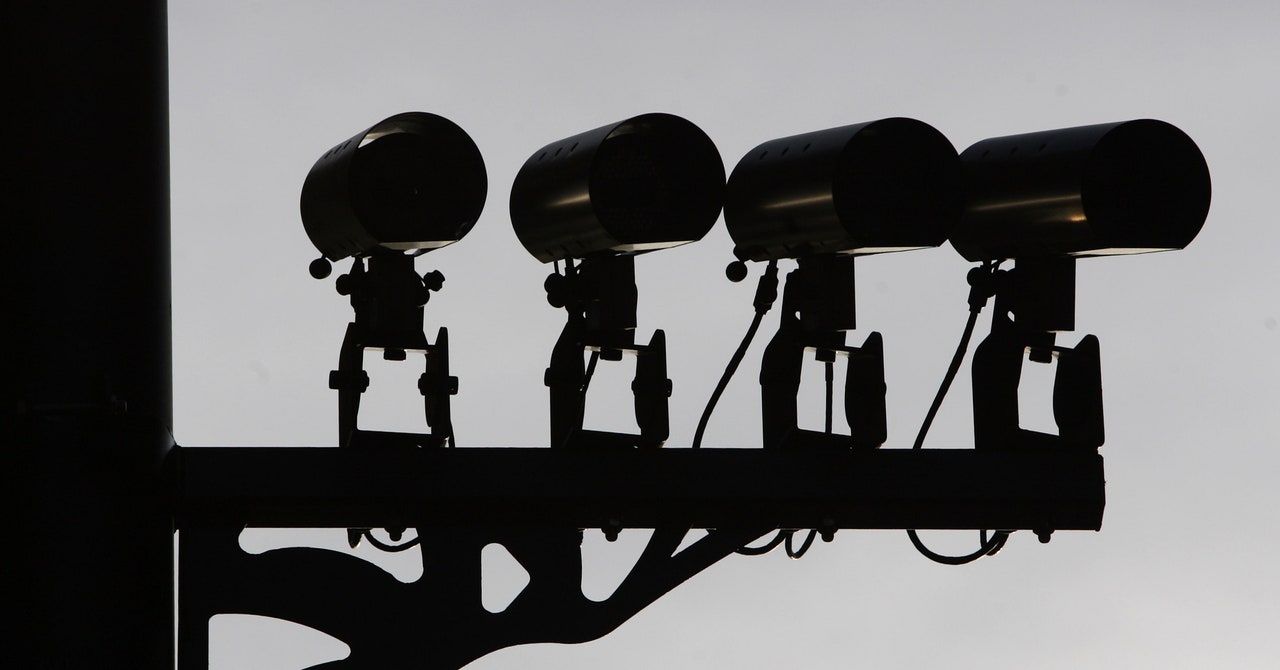 The council approved a measure that asks the Human Relations Commission to review the license plate program quarterly. Medina said the commission is already overloaded, and he suggested creating an independent oversight body to conduct the audits and serve as a liaison between residents and the police.

He said an independent group could better track whether police are targeting certain neighborhoods with the cameras, assess whether the cameras have been effective in reducing crime, and hold city officials accountable. “How do we know that ALPR is not being used in a specific community, as a hyper-policing of specific communities and spaces?” he asked.

“They basically absolved themselves,” Rios says.

According to the 2021 budget, the CVPD is the highest-funded department in the city, as is true in many cities across the country.

“The Chula Vista Police Department always welcomes any community engagement, be it critical or supportive, and those are not mutually exclusive,” Captain Eric Thunberg, the department’s public information officer told WIRED. “We believe we do a good job, but we are always looking to be better and provide fair, courteous, and compassionate service to our community.”

In an emailed statement, the city manager’s office emphasized that the council’s decision was unanimous and included new safeguards, including regular audits and a policy review. “These efforts are intended to balance community concerns regarding privacy and the need for this important public safety tool,” the email read.

The city has also requested an independent audit from the California Department of Justice and will stop sharing data with any federal agency or police departments outside California.

The outcry against the ALPR system, amid the nationwide discussion on policing and immigration, has prompted some residents to consider the city’s suite of surveillance tools, a notable shift after years of quiet acceptance.

During the council meeting, residents also raised concerns about the city’s drone program. Several noted that drones are often used for non-emergencies, such as minor traffic jams or people without housing sleeping on a bench or sidewalk. The city’s most expensive drones (two new DJI Matrice 210 V2 Drones) cost $35,000 each and require officers to be trained to fly them. The police say they have used drones to respond to 1,300 calls for service so far this year. Similar to the ALPR, they don’t have a local oversight body. Police make public the location of drone flights, but, as with the license plate readers, Medina and others mention concerns of equity.

Kennedy said that drones can be sent ahead of officers to determine if a police response is even necessary, noting that, in almost 300 cases, police ultimately chose not to send an officer.

Almost 1,600 state and local public safety agencies had acquired drones as of March 2020, according to the Center for the Study of the Drone. Chula Vista is the first city in the nation given special FAA approval to use police drones in 100 percent of the city. Other cities may seek to follow.

In emails obtained by Forbes, Skydio’s head of public integration, William Reber, a former Chula Vista police officer, told the city’s former police chief that one goal of the city’s specialized drone approval is “to get a format that gets approved that other agencies can replicate.”

Both the city’s drone and ALPR systems continue, with some indication they may appear in other cities as well. While the city has promised to more fairly implement its surveillance tools, its little relief for residents who feel like the resources would be better directed elsewhere.

Epic v. Apple and the Plan to Avoid ‘Looking Like the Baddies’

Epic v. Apple and the Plan to Avoid ‘Looking Like the Baddies’ “You’ll enjoy the upcoming fireworks show,” wrote Epic Games CEO Tim Sweeney in an email to Microsoft head of Xbox Phil Spencer. It was August 7, 2020, mere days before Epic would publicly launch Project Liberty, its master plan to dismantle the $91 […]

How to Nail a Hybrid Presentation

How to Nail a Hybrid Presentation What can leaders do to make hybrid presentations more inclusive and more successful? What can we do to ensure that all participants — those remote and in person — not only feel included and addressed — but can participate fully and add maximum value to the discussion? The authors […]